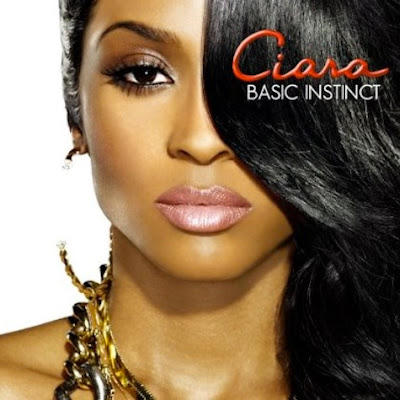 Ciara is back with 'Basic Instinct' a brand new album with an old school swag.
After her last album 'Fantasy Ride' took a new direction and was a commercial flop Ciara has returned to her roots and is going back to the (BASICS).
The album has 11 bass-heavy new joints that emote sex appeal, and attitude.

Songs on the album such as 'Gimme Dat', 'Speechless', 'Ride" and 'You Got Me'  showcase Ciara at her best.  The problem is these songs were all previously released as singles.  This ultimately makes putting out a full length album a joke since other songs on the album likely will never see a release in the U.S.

'Girls Get Your Money' and 'Wants For Dinner' do nothing but leave me wanting more. Catchy in some ways , interesting vocal layering,  but lets be real the songs sound like something the average high-school girl could have written in her 5th period class.
It's well known that Ciara isn't a vocal monster so its always interesting to see what she can and will do on a slow jam.  Interestingly enough songs like
'I Run It' and 'You Can Get It' are so infectious that for a minute I got the same feeling I did when 'Promised' was released ( emphasis on for a minute people) to be Honest these may be my two standout songs beyond what has been  released as single worthy material.

'Heavy Rotation' and the Usher featured 'Turn It Up' aren't as basic Ciara as I would have imagined them to be in fact both songs are very pop-influenced, and were likely left that way to insure the album has some type of cross over appeal in a market where euro-pop is at the forefront. No surprise there since Usher has completely abandoned his R&B roots.
Although Ciara was hoping to fully recapture that swag that once had people dancing across the floor I hate to say that although the album is better than her last effort it fails in comparison to her earlier work. If Ciara wants to really put out a great album that is refreshing and energizing , she needs to work with a new team of producers and writers and perhaps develop a new sound for herself.
The Jadon Files Rating: 3/5 Stars
Posted by Jadon Lontae at 7:47 AM

I agree and disagree. Ciara definitely isn't a vocal genius and I do think she needs to find a new team of producers to give her that sound she had at the beginning of her career while still allowing her to evolve but I love this album.

The only songs I could do without are "Turn It Up" (I'm so tired of Usher and these dance-infused pop tunes, especially when he was so good before) and "Gimme Dat" but even those are listenable.

I actually really like "Heavy Rotation," but my standout tracks are "I Run It," "Speechless," "You Can Get It" and "Wants for Dinner." "Girls Get Your Money" is simple, simple, simple haha but it's catchy so I enjoy it. Overall, I like this album as much as I liked her first. It's at least an improvement over "The Evolution" and "Fantasy Ride."

I think her first album will always and forever remain her best effort.. The Evolution was a good album its had some good songs on it..

I think Ciara's ego got in her way and she started to feel herself a little to much and that's her issue... She tried taking me back to basics but I'm not sure she even really remembers what being back to basics for herself is.. To Hollywood

I love her! Her first album is the best! And btw love the review :)

Valuable info. Lucky me I found your site by accident, I bookmarked it.