New Video: Waiting Outside The Lines by Greyson Chance 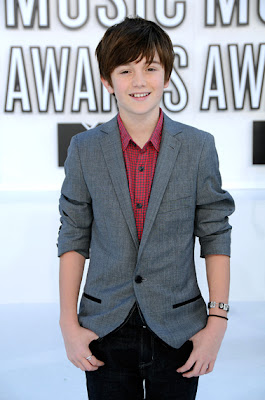 He may not have Justin Bieber's good looks but Greyson Chance has a voice far beyond his 13 years of age...
Greyson Chance hit the music scene on youtube with a cover of lady gaga's "Paparazzi" and became an instant internet sensation and not long after Ellen Degeneres signed him to her record label.  Greyson has since released his first single "Waiting Outside The Lines" the song is simply amazing its very reminiscent to The Fray which is a big deal.. Either way the kid is on his way up..
Posted by Jadon Lontae at 9:22 AM