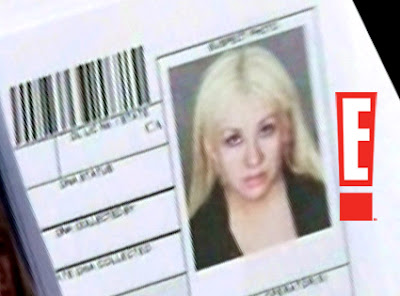 Just Months after her marriage ended and the epic failure of her album 'Bionic' Christina Aguilera's star has began to dwindle as the singer takes the wrong path of life.  It has been reported over the past weeks that Aguilera has been lashing out at co-stars and even showing up to events she wasn't invited to loose off the goose.  And now the singer has been arrested for Public Intoxication!!


Christina is one of the most talented vocalist that has ever hit the scene but it's apparent that she doesn't have control over her life at this moment.  Lets pray she finds her way once again not only for herself but because she is a mother to a son who at a young age is very impressionable.


Side Note- Readers take this a note that money can't by you happiness and that by acting like a spoiled brat doesn't make anyone feel sorry for you.
Posted by Jadon Lontae at 5:06 PM