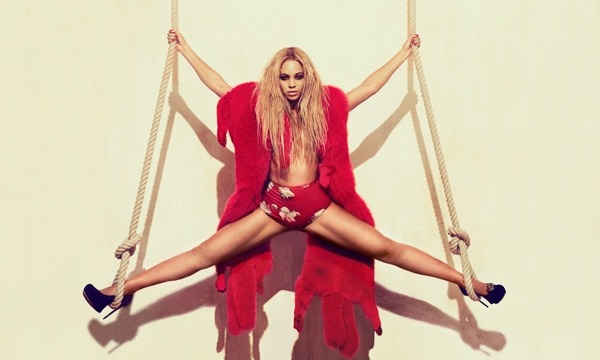 Beyonce is making sure that her latest effort '4' gets the proper treatment as her promo trail strides on stronger than ever.  The singer took her talents to X-factor France and wowed the crowd with a stellar performance as only she can do.

Posted by Jadon Lontae at 5:45 PM No comments: 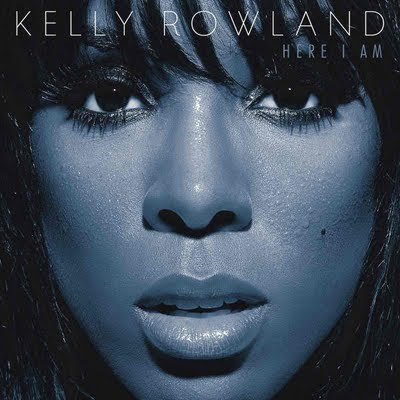 Kelly Rowland 'Here I Am' in stores July 26th.
Posted by Jadon Lontae at 5:53 AM No comments:

Read More>>
Posted by Jadon Lontae at 9:04 PM No comments: 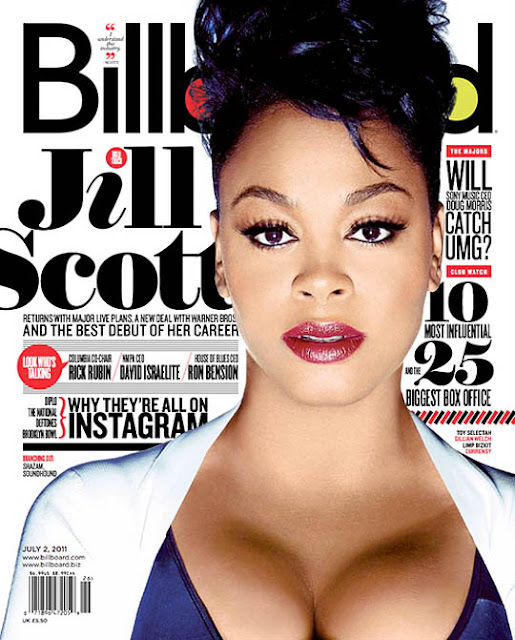 Soul singer Jill Scott covers the latest issue of 'Billboard' magazine.  The singer who released her new album 'So In Love With You' is set to make history as she will record her first number one album in her entire career.  Seems as if soul music is back in style.

Posted by Jadon Lontae at 5:22 PM No comments: 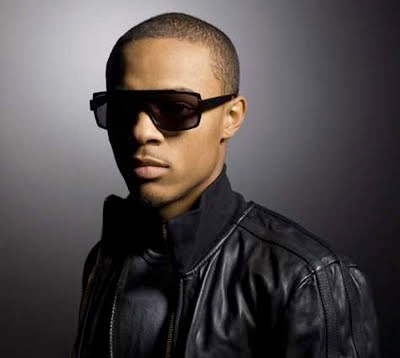 I'm not sure who at this point is checking for Bow Wow the self proclaimed prince of Hip-Hop but just in case you find yourself bored here is a new single 'I'm Da Man' ft. Chris Brown.  Sounds like the same ol' crap just a different year.
Posted by Jadon Lontae at 1:46 PM No comments:

New Video: 'No One Gonna Love You' by Jennifer Hudson 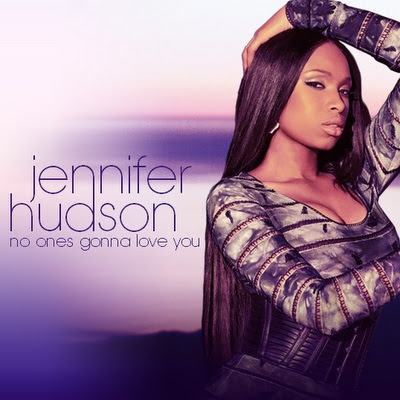 Jennifer Hudson releases the visual for 'No One Gonna Love You' the second single off her sophomore album 'I Remember Me'.  The soulful singer looks and sounds great hopefully the song makes the same kind of impact.
Posted by Jadon Lontae at 1:16 PM No comments: 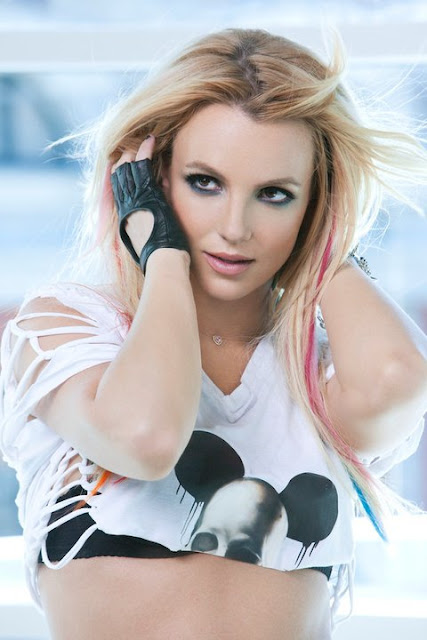 The visual to Britney Spears new single 'I Wanna Go' from her hit album
'Femme Fatale' in stores now was released just a short while ago and we have it here for your viewing pleasure.
Posted by Jadon Lontae at 12:09 AM No comments: 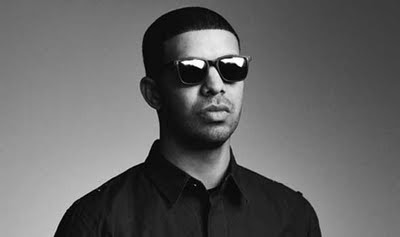 Rapper and part time R&B Singer Drake is set to release his sophomore album 'Take Care' Oct 26th but until then has decided to bless us with a few extra tracks.
The new track 'Trust Issues' is what we're use to hearing from the talented songwriter nevertheless it's just as refreshing.  There is something about these songs that find their way into your system.
Posted by Jadon Lontae at 8:51 PM 1 comment: 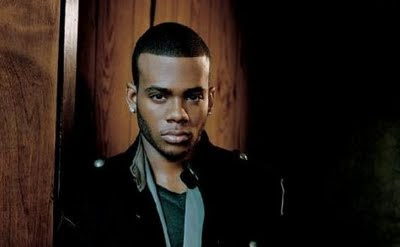 Mario is back with a hot new single 'My Bed' . It's been a while since the singer has graced us with his undeniable talent and I'm glad to see him back doing what he does best.
Unfortunately the song doesn't showcase his talents to the best of their potential but knowing this industry as well as I do its understandable that he needed to ease off the vocals a little to gain more popularity.
Posted by Jadon Lontae at 8:35 PM No comments: 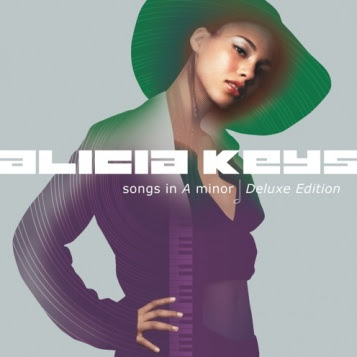 Alicia Keys is set to release the deluxe edition of her debut album 'Songs in A minor' celebrating 10 yrs of success.  A unreleased song titled 'Typewriter' which was recorded in 1997 in her New York apartment has been added to the tracklist.  The song is a great listen and is in typical Alicia fashion.
Posted by Jadon Lontae at 11:53 AM No comments: 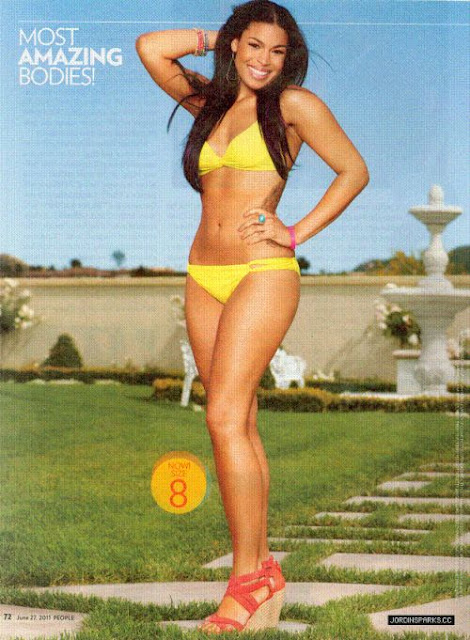 Jordin Sparks shows off her new sexier image on the upcoming issue of 'People' Magazine.
The singer talks about her recent weight loss and how she managed to obtain the new bikini body.  Jordin looks absolutely amazing & we can't wait to see what she is working on next.
Posted by Jadon Lontae at 5:56 PM 2 comments: 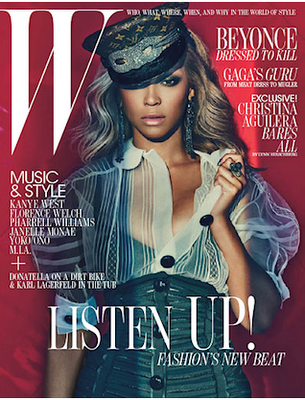 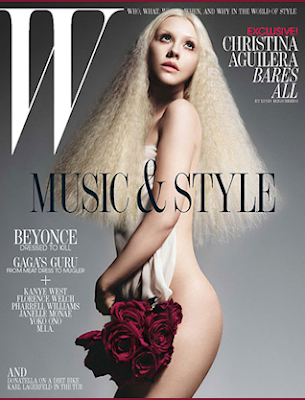 Beyonce & Christina Aguilera share the dual cover of 'W' Magazine's July 2011 issue.  Both divas speak openly about their careers and give a hint of what is next to come .
Posted by Jadon Lontae at 4:38 PM No comments:

New Music ♫: 'Lay It On Me' by Kelly Rowland ft. Big Sean 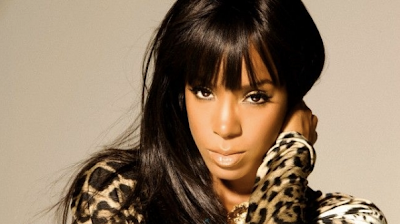 Kelly Rowland is set to release her highly anticipated new album 'Here I Am' on July 26th.  After landing a hit single with 'Motivation'  Kelly finally picked up enough leverage to get the ball running.  The second single from the album 'Lay It On Me' was just released and features. rapper Big Sean.
Kelly is definitely coming to her own as a front runner in the R&B circuit.  The song has a great summer feel to it and just may land Kelly another hit record.
Posted by Jadon Lontae at 6:00 PM No comments: 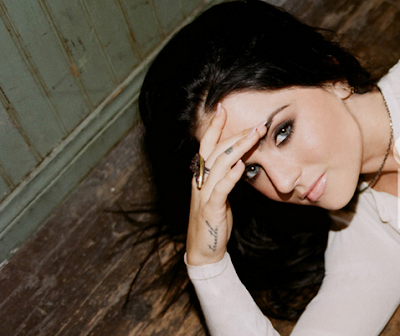 It's no secret that JoJo is a massive fan of Drakes as the singer has remade a few of his most popular tracks.

This time there is no exception as we see the young starlet give her take on his new single 'Marvins Room' which was released just a week ago. JoJo will release her highly anticipated new album 'Jumping Trains' later this year.
Posted by Jadon Lontae at 4:59 PM No comments: 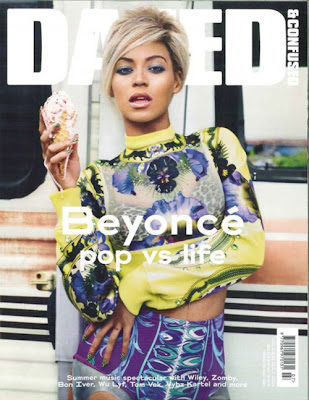 Beyonce covers 'Dazed & Confused' magazine looking sexy and chic in a vintage look.  The media frenzy is swinging into overdrive as the singer will release her new studio album '4' on Jun 28th. 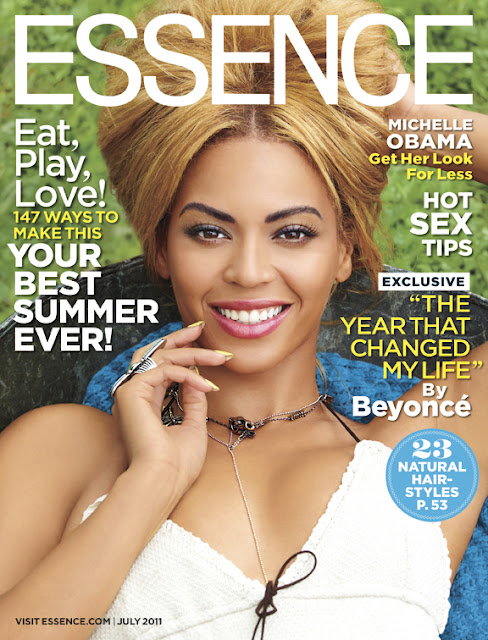 Beyonce Lassos up for the July issue of 'Essence' magazine.  Stepping into the editors chair for the six page spread simply titles "Eat, Play, Love", as she talks about her life and the surrounding factors that allow her to be more than Beyonce the entertainer.

(Click image for larger view)
Posted by Jadon Lontae at 6:04 PM No comments: 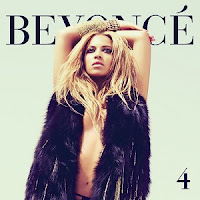 After managing to find success in genres of music that nobody expected, King Bee is back with new album '4' that returns to her R&B roots.
Beyonce has come full circle the growth in her music & vocal delivery is more present than ever.  Taking some much needed time off  to find herself as an artist has catapulted the superstar performer into a lane of her own as if she needed to set herself any further from her female counterparts struggling to keep up.
The best thing about being a artist/entertainer is knowing what works for you , and the knowledge of balancing it out.  There is no doubt that Beyonce will go down in history as one of the top female vocalist and live performers that ever graced the stage, and if anyone dares to disagree her latest effort is proof that she is nothing short of perfection.
Standout Tracks
"1+1" - Written and produced by 'The Dream' is an emotional ballad that finally allows Beyonce to let her hair down.  When I first listened to this song I fell instantly in love.  The vocals are so hunting and the delivery of her runs and modulations made this song an instant classic.  Beyonce wears love well!
"Miss You"-  This song will likely get the most play from me out of the entire album.  I didn't possibly think she could top '1+1' but obviously I was wrong and I'm kicking myself for it.  When I heard Frank Ocean penned the track I should have known it was destined for greatness. The lyrical content matches Beyonce's husky vocal effortlessly such a beautiful marriage.  Timeless!!
"Best Thing I Never Had"-  The second single from the album, is also known as the 'Irreplaceable' of the album.  But of course it wouldn't be in typical fashion of the queen is she didn't have one of these songs on the record.  Lets be honest this is what she does best.  The song standouts for so many reasons but what I love about it the most is the versatility.   You don't have to be a female to feel what this song is about and that's refreshing..
"Countdown"-  This is my jam!!  After hearing this song I just can't imagine why she released 'Run The World' (Girls), as the first single.  This song is so strong the breakdown during the countdown is infectious. The song screams summer through and through.  Takes me back to my Destiny's Child days.  The girl I fell in love with, the Bee I truly love.  BOMB.COM/ORG/NET!!!
"End of Time"-  This was rumored to be the second single.  Although it didn't happen I wouldn't have minded it.  I love the arrangement and I dig the staccato vocal delivery.  This is that fast paced vocal pattern that Destiny Child became known for.  The African influence and mixture of sounds is so legit.  Nobody meshes sounds as well as Beyonce.
Other standout tracks include
(Start Over, Love on Top, Party)
So So Moments
"Run The World (Girls)-  The first single from the album which samples Major Lazer 'Pon De Floor' will always be one of those songs I will blast going 100 on the freeway.  There is something about the way the song makes you feel that dares you to be bold.  Unfortunately the rest of the album is just so much more advanced that the song ends up the black sheep.
"Rather Die Young" -  Beautiful song.  I love the throwback to 70's and 80's music.  The vocal pattern really takes you to the days where music just sat in your soul.  The chorus has that Glady's feel to it.  Makes me some kinda way.  The ooohh's remind me of her classic 'Dangerously In love' album.
"I was Here"-  Passion. Passion. Passion..   Beyonce wants us to know that she has left her mark and that she gave her all..  Listening to it you absolutely get the feeling that through Beyonce's perspective her Destiny has truly been Fulfilled.
Final Thoughts
Purchasing this album would surely be money well spent.  It's so heartbreaking to see however that the album leaked three weeks ahead of release. I'm sure Beyonce has some tricks up her sleeve, and a promotional tour planned that will rival all.  The record in my opinion is timeless and shows the most growth from Bee throughout her entire career. I've learned to never count Beyonce out!!!
The Jadon Files Rating: 4.5/5 Stars
Posted by Jadon Lontae at 4:13 PM 1 comment: 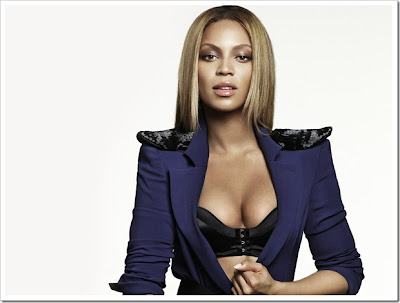 With just weeks to go before her new album '4' is set for release new music from the record has began to surface online.  The song 'Party' ft. Andre 3000 is more of a urban cut.  Having abandoned the sound that made her famous it is nice to see that she still has this edge.
Posted by Jadon Lontae at 10:55 PM No comments: 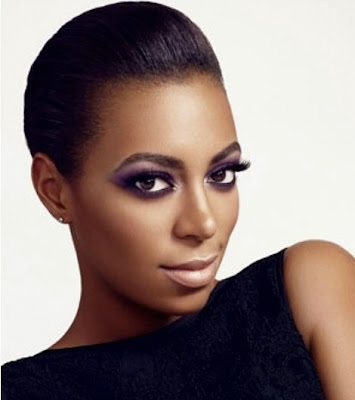 Solange Knowles has landed a major campaign as the new face of 'Rimmel London'.
The soulful singer shows off the bold colors of the cosmetic brand in these new promotional ads and is looking very chic while doing so.

(Click image for larger view)
Posted by Jadon Lontae at 5:07 PM No comments:

New Video: 'Next To You' by Chris Brown ft. Justin Bieber 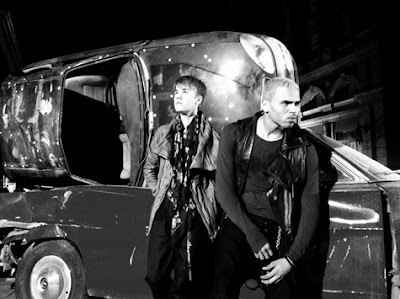 The visual for Chris Browns single 'Next To You' ft. Justin Bieber has leaked online prematurely.   Get your sneak peek before the video comes down.
Posted by Jadon Lontae at 4:43 PM No comments:

New Music ♫: 'Best Thing I Never Had' by Beyonce 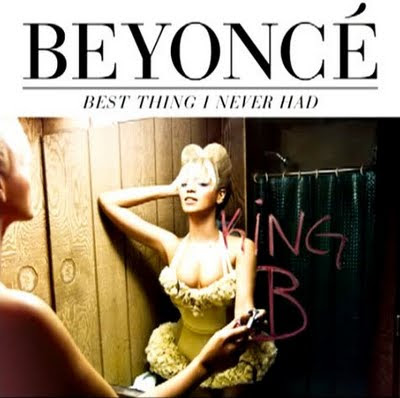 Beyonce has unveiled the official second single from her new album '4' in stores Jun 28th.  The song titled 'Best Thing I Never Had' is a mid-tempo cut that showcases Beyonce's husky vocals quite effortlessly.  If  you counted Beyonce out it really sucks to be you right now..  This is a perfect single choice for Queen B!!
Posted by Jadon Lontae at 12:30 AM 2 comments: