Aaliyah: More Than A Woman 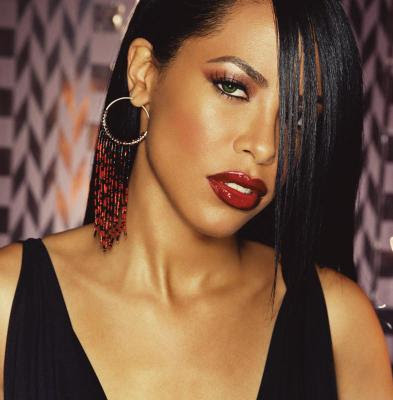 Today marks the 10th yr since R&B singer Aaliyah's untimely death.  The singer who was shooting a music video for her hit single 'Rock The Boat' was killed along with other members of her team in a plane crash returning from the Bahamas.  Aaliyah was only 22 at the time of her death but managed to accomplish so much.  To this day her music still remains one of the most influential staples in urban music.   Not only was she unique , kind, and arguably one of the most beautiful women ever Aaliyah's music was timeless and unlike most stayed true to who she really was.
Aaliyah was one of my all time favorite artist the swag this girl had was so in her own lane.  Her music was so passionate , and driven.  Needless to say her voice was simply angelic with a falsetto that to the day is still unmatched.  The legacy she left behind will linger on forever, and as each year passes we remember what once was and what could have been.
BET’s ‘Aaliyah: One In A Million’ tribute will air later tonight at 8pm ET. Also find out what fellow R&B singers felt about Aaliyah after the break.

Ciara: “She was true to who she was and she didn’t seem to care about it. The core of her art to me is heavily, heavily urban based. When an artist’s music is so urban based, sometimes people like to take risks with artists like that. When you think about it, it really is pop, it really is cultural and that’s the one thing that I thought was cool about her music. It never felt like she was trying to reach across or do anything more than just keep that cool, soulful, heavy urban core about it. It wasn’t like she was trying to be anything more than who she was. I really respect that and I appreciate that”.

JoJo: “My manager’s best friend, Gina Smith, was on the plane with Aaliyah and passed away as well. The fact that it has been 10 years is wild to me. I feel Aaliyah’s presence and influence quite heavily. She accomplished so much at a young age and paved the way for artists like myself. If it were not for what she had trail blazed, I would probably not have been afforded certain opportunities. She really proved that ‘Age Aint Nothing But A Number,’ and that as young people, we are allowed to have personalities and opinions and voices and make an impact.Her vocal delivery was unique. The combination of her angelic vocals over harder-hitting production was so special. She set trends through fashion, music, and the atmosphere that she created. Even before Beyoncé, she had music, fashion, and acting on lock. She and her team (including Jomo Hankerson, who I work closely with) helped show us that there are no boundaries in entertainment”.

Monica: “The first time I met her, she was extremely quiet. You [weren't] going to get a lot of words out of Aaliyah in a first meeting. It takes a lot of time for her to warm up to people overall because she had this shyness. I remember her being shocked at things I would say out loud, whether it was in interviews or when we were hanging out. She would always be gasping for air at some of the things that I would say out loud. Whenever I was around, if I saw something, whatever it was, she would just be in shock like, ‘I can’t believe you just said that out loud.’I think it’s good for people to know the side of her outside of the music and know that her music was a great reflection of her. Sometimes people are totally different than the image they represent, but what I love about her is that everything that you saw was really her. When the lights and the cameras were off, that same pleasant, mild mannered, sweet personality, that’s just how she was. She loved to laugh. Jokes with her and Missy [Elliott] were beyond what people imagine. Missy is definitely the ultimate jokester. I’ve never seen her in the type of turmoil and pain that she was in after Aaliyah passed because there’s no replacing the type of love and friendship that her and Missy had. It was the type of closeness where even when I see Missy today I always feel like something is missing from her and that is definitely Aaliyah”.

Keyshia Cole: “When I found out that she [had] past that night, I just cried [while] on the tour bus. That’s amazing for someone to have that affect on other people’s lives.I think why it affected me so much without me knowing her is because she seemed to have a beautiful soul. [There was] something about her spirit. She connected before reality TV, before any of that happened in our era. It was something about her that made you connect to her. She seemed like she had a beautiful soul”.
Posted by Jadon Lontae at 1:10 PM

Individuals are yours alright! . We a minimum of have to get these individuals stealing pictures to begin running a blog! They most likely just did a picture investigation and grabbed them. They seem excellent although!