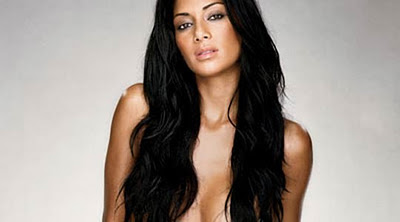 Stepping out her  role as judge on the show Nicole Scherzinger took to the stage tonight to debut her new single 'Pretty' on the X-Factor stage.  I won't say Nicole did bad because there were some aspects of the performance that she sounded pleasantly well on.  Although I think the song has hit potential it would have made a better fit for singer with a better vocal ability such as Kelly Clarkson or perhaps Leona Lewis.

it is reminiscent of if i were a boy and someone other Jasmine Sullivan song that I can't put my finger on yet. and toward the end she gave me adam lambert. I'd love to hear his ass sing this.