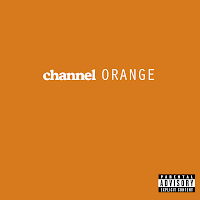 R&B singer/songwriter Frank Ocean made many waves recently regarding his personal life, but despite has managed to come full circle in just a short time bringing his music back to the forefront.

Frank has become known in the industry for his smooth R&B records and for working with some industry heavy-weights like Kanye West & Beyonce.  However, its now his time to shine as he takes you on a magical roller coaster ride of perfectly written love songs that complete 'Channel Orange.'

'Bad Religion'- Once I reached this song I had to replay it several times.  Bad Religion is simply one of those records that gives you chills.  The smoothness of the record showcases Franks true essence as an artist.  Franks sings about his love for an unknown man saying "I can never make him love me, its a bad religion to love someone that can never love you."  Easily one of the best written records if not the best of the entire album. Deep and personal!

'Pilot Jones'-  Very reminiscent of something we would expect from Miguel/D'angelo.  Franks vocals ride this beat effortlessly, the record is so smooth and the natural tone of his voice gives it an eerie yet somehow pleasant vibe.  In my opinion it's one the most interesting songs on the album almost whimsical.

'Sweet Life'-  This record has such an amazing ol' school vibe to it.  Frank plays with stacking the vocals and those oooh's  throughout the verses and chorus elevate the natural harmony of the record. Frank even showcases some of his signature riffs and his sometimes barely there falsetto works perfectly into the jazzy-groove of this record. Why see the world when you got the beach?

'Pink Matters'-  ft. Andre 3000 A perfect song to say the least.  The chants behind and between the breaks of his verses are everything.  The lyrical content and smooth haunting vocal allow this song to become a new form of the typical love song we are use to hearing from artist like Trey Songz.  Frank Ocean has a unique way of opening himself up and showcases his raw emotion without over singing just natural real talent.  Easily his best vocal on the album!

'Forest Gump'- The song that broke the news.  Franks initial unveiling about the relationship he once shared with a male lover.  The song reminds me of being young and in love for the first time where all you could do is think of that special person.  Franks sings " my fingertips and my lips are burning, from this cigarette," Your so buff, and so strong."  Definitely a song about someone he loved very dearly, but more importantly beautifully composed.  Love the Forest Gump reference. I hope y'all get it!

'Lost'-  A perfect indie record and such a beautiful change of pace.  This is what I expect Frank to deliver with his interpretation of an up-beat record.  When I listen to this song I feel like laying out in the sun with a cold beer and neither are things I typically do, I guess that's how dope the record is.   The harmonies of his signature ooh's and the way frank layers his vocals blending his deeper tone with his more natural tone is brilliantly done.

'Pyramids'-  I really have nothing to say about this record.  Its beautifully written and is definitely dope.  There are just records I would rather listen to repeatedly without wasting ten minutes on one record.

Channel Orange is a solid album to say the least.  You can either call his sound experimental or signature, but truth is Mr. Ocean has definitely conjured up a solid R&B record that has capabilities of standing the test of time and dare I say become a classic. Not only is Frank an amazing writer, but his innate ability with harmonies and the maturity of his sound is impeccable.