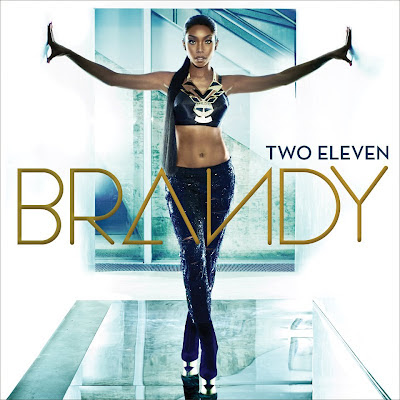 Get into the official cover for R&B diva Brandy's new album 'Two Eleven' in stores this October!
Posted by Jadon Lontae at 1:41 PM No comments:

New Video: 'I Am Your Leader' by Nicki Minaj (Ft. Cam'Ron & Rick Ross) 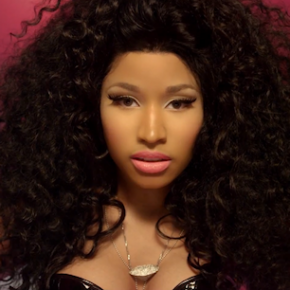 Check out the new Nicki Minaj video for her single 'I Am Your Leader'.

Nicki Minaj may just be a self proclaimed leader, but at least she looks good while doing so.  I actually appreciate this video here's for hoping she keeps that black wig a little longer because it totally works.
Posted by Jadon Lontae at 11:15 PM No comments:

New Video: 'I Was Here' by Beyonce 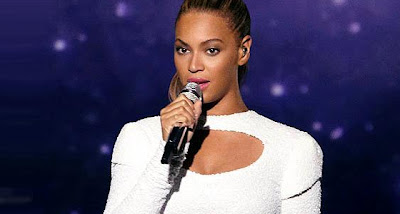 Its Here!!  The visual for 'I Was Here' the official anthem of the World Humanitarian Day.

Beyonce looks absolutely stunning as the official face for the cause, which takes place tomorrow all around the world. Lending her hand to yet another organization Bey and the United Nations are hoping that this message will reach a billion people in one day, in hopes that someone will do a kind act for another person no matter how big or small. What kind act will you do?
Posted by Jadon Lontae at 2:44 PM No comments:

New Video: 'Put It Down' by Brandy (Ft. Chris Brown) 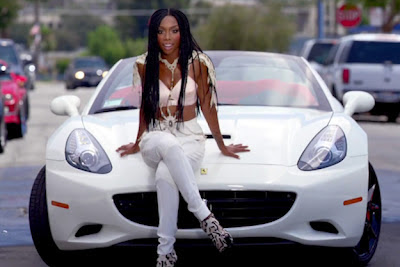 Finally after months of waiting Brandy has released the highly anticipated visual for her single 'Put It Down.'  The video was directed by Hype Williams and features Chris Brown who also co-wrote the song.


Cute!!
I must admit I was expecting just a little bit more, but then again there is only so much that can be done with this type of song. Brandy looks amazing these days and her new found fresh should not go UN-noticed.
Posted by Jadon Lontae at 3:44 PM No comments:

New Music ♫: 'We Are Never Getting Back Together' by Taylor Swift 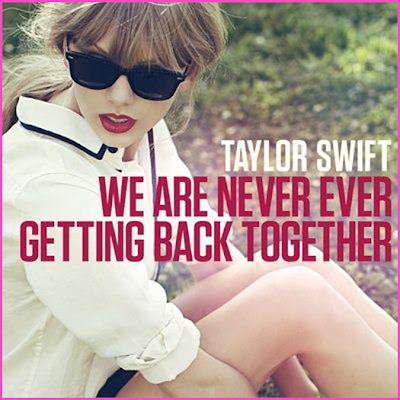 Taylor (she can do no wrong) swift just released her new single 'We Are Never Getting Back Together' on itunes minutes ago and we've it here for your listening pleasure.

I'm sure radio is going to eat this song right up. What Taylor lacks vocally she certainly picks up with her writing skills, and her ability to relate to male and female fans alike. A talent that is sure to secure her a long career in an industry full of one hit wonders.
Posted by Jadon Lontae at 11:11 PM No comments: 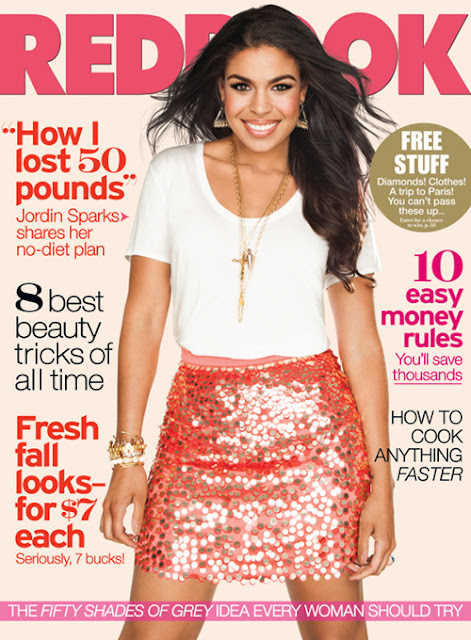 The super fabulous Jordin Sparks covers the September issue of Redbook Magazine and dishes on her debut role in the motion picture Sparkle, weight loss, and finding love in fellow musician Jason Derulo. 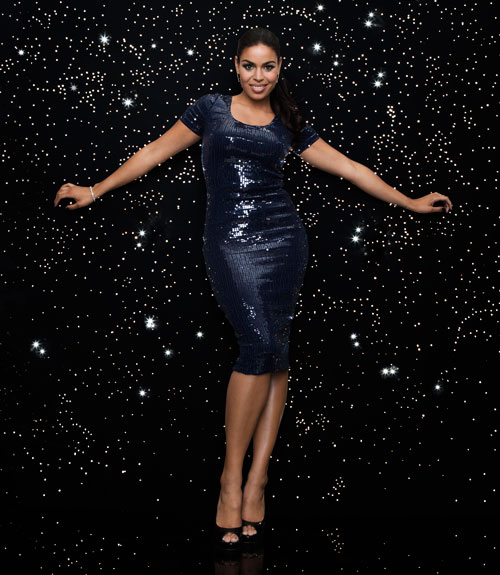 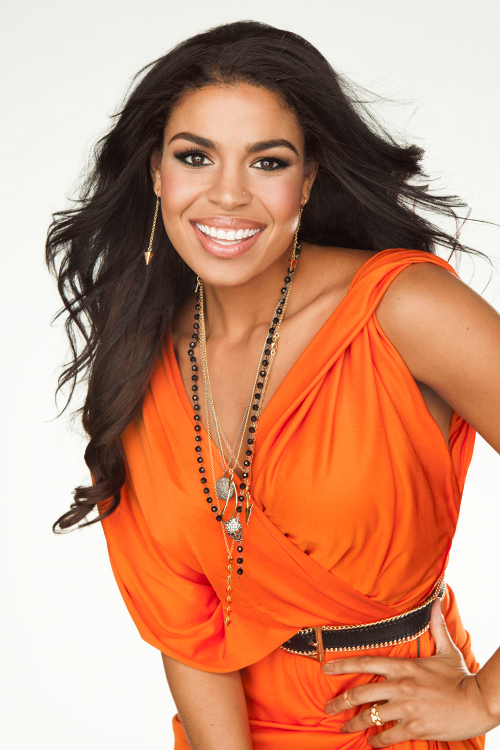 On Whitney’s struggles with addiction:
I can only talk about what I experienced. I do think there is a different aura around the film now. I think there was some skepticism before. And there are certainly some themes in the movie that everyone would have wanted to ask Whitney about like, “Did you relate your own life to this part,” which I’m sure she would have answered honestly. The cool thing about Whitney was that she was not scared to talk about or confront the things she had gone through.
On her recent weight loss:
"My whole journey has been about self-acceptance. There's no quick or magical way to lose weight. You just have to do it the natural way — diet and exercise and stick to it — and be able to do it at your own pace. Everyone has their own thing." 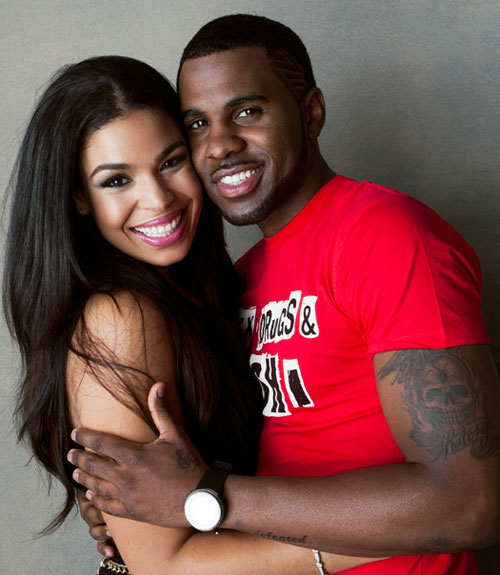 On finding love with fellow musician Jason Derulo:
"We both went through things that were tragic, and that brought us even closer together. He had a near-death experience, and I lost someone. Priorities get in line when stuff like that happens. Family is what matters — and being with the people you love."

On why Hollywood's party scene isn't for her:
"Oh, I'm waaay too scared to dabble in anything like that. I like the way my heart beats, I like the way I think; I don't need or want anything to change that. The first thing I think of is, 'What would my grandparents say?' My mom and dad would kick my butt."

Thanks to ybf for the excerpts!
Posted by Jadon Lontae at 10:51 AM No comments: 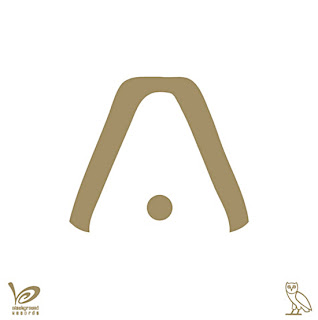 Drake has made his obsession with the late Aaliyah no secret, but the rapper has officially taken that to the next level releasing a new single that features her vocals.


Its so refreshing to hear Aaliyah's smooth vocals on a new record, however I must admit the song isn't what I expected and would have to grow on me.  Aaliyah left behind some of the most timeless records the music industry has ever heard so if there is going to be a posthumous album it must be beyond solid.
Posted by Jadon Lontae at 2:52 PM No comments: 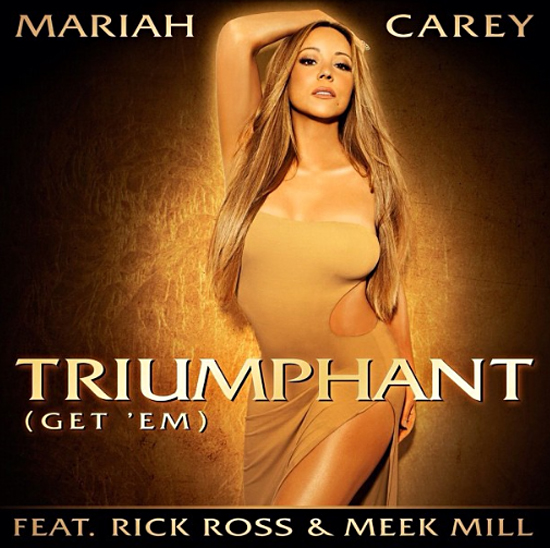 Mariah Carey is back and airbrushed to perfection with new her single 'Triumphant (Get Em).'


Mariah's vocals are noticeably thinner on this song, which is a throwback to the sound from the late 90's.  However, what absolutely baffles me is that Mariah is nothing more than a feature on this record only singing small parts here and there, and leaving me completely wondering where is the the voice?  With that said the song is definitely fitting of the urban sound today so I'm sure if anything her team managed to get cook up another chart topping single, which in the long run is the whole point.  I'm just not here for this record the Mariah I love carries her own material. Sigh!!

Posted by Jadon Lontae at 1:11 PM No comments: 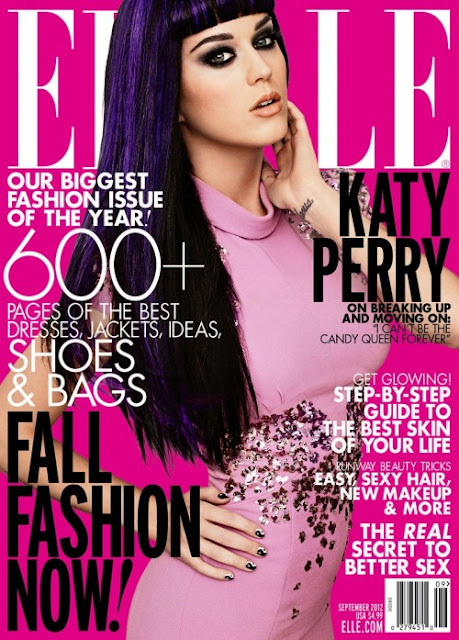 Pop-royalty Katy Perry gets pretty in pink on the cover of 'Elle' Magazine.  In the issue that hits stands August 14th Katy discusses her failed marriage to actor Russel Brand and what its like being a role model.
Posted by Jadon Lontae at 9:36 AM No comments:

New Music ♫: 'Somebody That I Used To Know' (Remake) 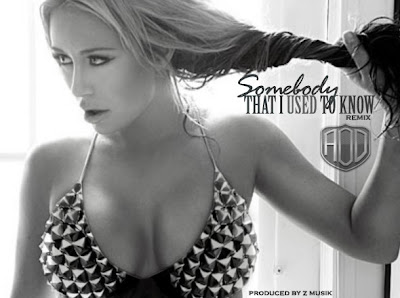 As her fans wait patiently for the overdue visual for her first single 'Wrecking Ball' from her solo debut Aubrey O'day has released a remake of Gotye's 'Somebody That I Use To Know'.

Although I prefer the original version of the song I must say that Aubrey does a decent job on this remake.  I can't help but think it would be more wiser to release the video to her own song  to give it much needed boost.  Wrecking Ball is a great single, but the promotion has been lackluster at best.
Posted by Jadon Lontae at 8:48 AM No comments: 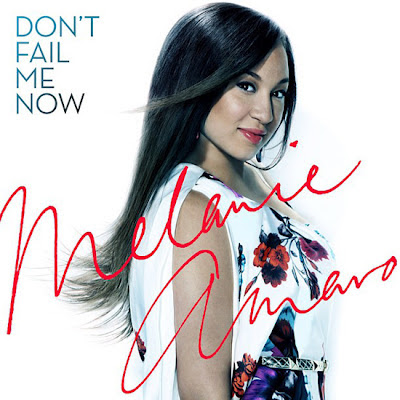 Its been months since Melanie Amaro won the first season of X-factor USA and finally we have her first single 'Don't Fail Me Now.'

Melanie like many other talented singers has fallen victim to the ever growing dance craze.  I'm not quite sure Melanie can pull off this type of genre with other artist who are more visually pleasing like Katy Perry, Selena Gomez, and Jordin Sparks already dominating this field, but We shall see!!
Posted by Jadon Lontae at 8:00 AM No comments:

New Video: 'As Long As You Love Me' by Justin Bieber (Ft. Big Sean) 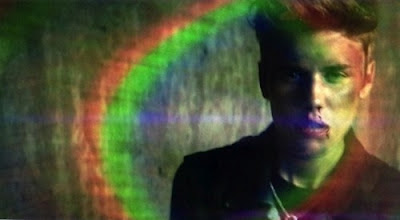 Justin Bieber continues to grow his brand with the visual release for his new single 'As Long As You Love Me.'  Get into the visual below.

The Anthony Mandler produced video is more like a short film, that captures the song quite well.  Although Justin's voice doesn't stretch more than a minute long his talent is undeniable.
Posted by Jadon Lontae at 7:17 AM No comments: 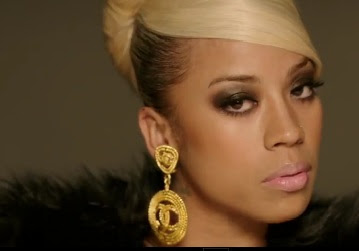 Get into the video for Keyshia Cole's new single 'Enough Of No Love' lifted from her yet unreleased album 'Woman to Woman.'

Everybody knows that I love me some Keyshia and all of her pent up rage towards the male species.  Although the video is mediocre at best Ms. Cole looks stunning as she prepares the next chapter in her career.
Posted by Jadon Lontae at 7:02 AM No comments: